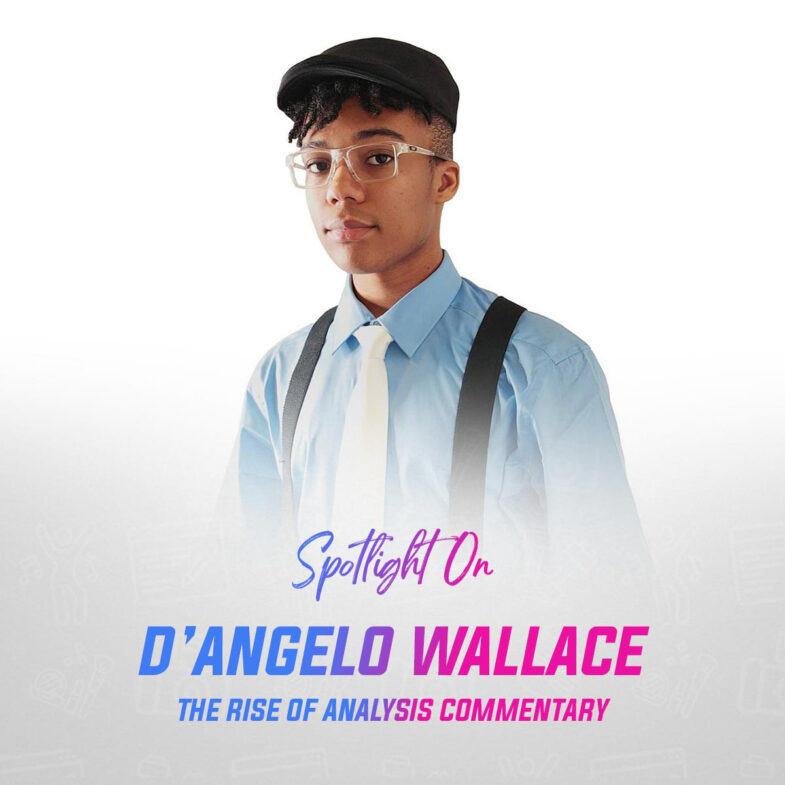 In-depth analysis commentary videos are taking over YouTube. YouTuber D’Angelo Wallace gained 1 million subscribers in about seven months doing just that. Some say he hacked the algorithm while others say he’s videos are too good to ignore. But, D’Angelo’s success is a testament to how YouTube’s algorithm has changed and how it now enables new types of content to take center stage.

However, when you analyze D’Angelo Wallace’s videos and his channel, you’ll notice that it has to do with a bit of both – the algorithm and his perfectly edited and intricately scripted videos.

Content creators and commentary channels, like those of D’Angelo Wallace and Tiffany Ferguson, are making waves on YouTube and this is partly due to YouTube’s algorithm.

It’s something other creators can replicate with the right ingredients.

Even channels like J Aubrey or The Right Opinion have gained loads of subscribers and get millions of views per video doing long-form, essay-like videos on other creators.

But how can I confidently say his success has to do with YouTube’s recommendation algorithm?

If you know how the  YouTube recommendation algorithm works, you’ll notice that all aspects of D’Angelo Wallace’s recent videos include features that could make the algorithm favor his videos.

You don’t need to be a computer scientist to discover how YouTube’s algorithm works. There’s an entire paper on the algorithm that is available to the public. Therefore, there’s no excuse not to learn about the algorithm and how it operates.

However, for creators like D’Angelo Wallace although a hard worker with some very in-depth and thorough insights, his success on the platform isn’t entirely based on his work.

In this article, we’ll take a (brief) look at the three ingredients that can be attributed to his success, as it relates to the algorithm. For other aspiring content creators, these elements are easy to replicate. Although, you also need to be aware that D’Angelo Wallace’s video quality is also pertinent to his success and would require similar amounts of dedication and precision to reach his level. You can still learn a lot by breaking down his most recent videos.

All three of D’Angelo Wallace’s most recent viral videos were over 40 minutes, two of them are over 1 hour.

Because YouTube’s algorithm emphasizes watch time, having a video that requires your concentration for far longer than the infamous 10 minutes is proving to be a recipe for success.

YouTube also bases their recommendation on how frequently that content is searched for. In D’Angelo Wallace’s series on the influencers involved in Dramageddon, he was using names of influencers that were receiving plenty of searches during that time.

The algorithm also uses the title to determine where it should rank the video in the recommendations, as it determines how likely a user is to watch it. If a video title directly correlates with content the user is currently watching, it’ll likely appear higher in their recommendations.

Lastly, YouTube chooses to favor videos with a high click-through rate because they want to reduce churn.

D’Angelo has spoken about Tati Westbrook and Jeffrey Star in past videos. But, what makes these videos, that have accumulated more than 8 million views, so popular? These videos are relevant. At the time when D’Angelo published these videos, they were topics people engaged on the platform with frequency.

Other Elements That Aren’t Based on The Algorithm

But, there are other fundamental elements of D’Angelo Wallace’s success that aren’t based on the algorithm but were vital to his recent success.

Instead of creating a video that would conclude after one episode, talking about all three of the players in Dramageddon, D’Angelo chose to split it into a three-part series.

Doing this, he gave new viewers a reason to subscribe. They would of course want to watch the other two videos on the series and the only way for them to ensure they would see these videos would be if they subscribed.

Each video in his series followed a similar format to the first. The first video in the series – one on Jeffree Star – was one of his most popular videos at the time.

So, it’s fair to say that he identified that viewers enjoyed the style and format of the first video, which meant replicating that similar format and style would reap good results.

D’Angelo’s video titles and video thumbnails are simplistic yet very captivating. Instead of titling a video “what’s wrong with Shane Dawson” he chose to title it “the exact moment Shane Dawson’s career ended.” Even if you’re oblivious of who Shane Dawson is, the second title is far more captivating than the first. It’s this appealing title coupled with the subject of the video next to his on a white background, that’s going to entice people into clicking on the video. You can see in an instant what the video is about, even if you don’t read the title.

Only a year ago D’Angelo Wallace made the switch from an art channel to a commentary channel. But through constant innovation on his videos, he managed to acquire a combined total of 2.4 million subscribers on two of his YouTube channels. The most popular of the two being a channel he launched at the beginning of the year.