What is Web3 and how can creators use it? AMA with Alex Shkor, founder of DEIP 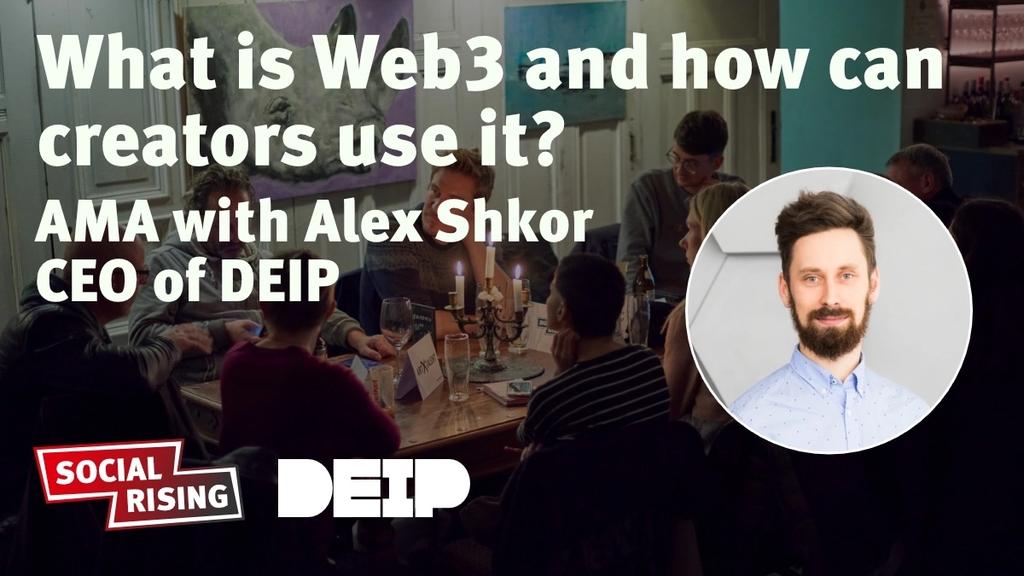 We invite you to a special event: Everyone talks about Web3. According to Forbes “Web3 is a vision for a more open, decentralized, and secure internet, enabled by advances in technologies such as blockchain and machine learning”.

But do we really understand it? If you are interested in Web3 but not sure where to start: this event is for you!

We invited Alex Shkor, founder of DEIP. DEIP is a company building the foundational decentralized Web3 infrastructure to unlock the full potential of creators worldwide.
What does that mean for us? We creators and influencers need a place where we can create, share ideas, and rely on transparent ownership and mutual trust. Platforms shouldn’t have all the power and decide who gets what share.

The top trends in the creator economy revolve around creators trying to take back more control over their works away from the publishers. Just as the internet eliminates entry barriers and gatekeepers who would only publish media if it could generate a certain level of demand, creators are looking for ways to move their audiences away from publishing platforms that appropriate much of the value of the work created. This is the next step in decentralizing how creators commercialize their work and how they generate revenue.

Alex will talk about:

… and of course he will answer your questions. Join the DEIP forum to ask your questions there: [https://community.deip.world/t/your-questions-for-web3-for-creators-ama-with-alex-shkor-ceo-of-deip/56](https://community.deip.world/t/your-questions-for-web3-for-creators-ama-with-alex-shkor-ceo-of-deip/56) … or ask them directly at the event!

Before Alex co-founded DEIP, he held executive positions with multiple successful startups and IT service companies worldwide. Alex is a Blockchain for Science (Berlin) member and has presented his Web3 vision at international conferences and universities, including ETH Zurich, Global Graphene Development Conference, and Vienna Cryptoeconomics.