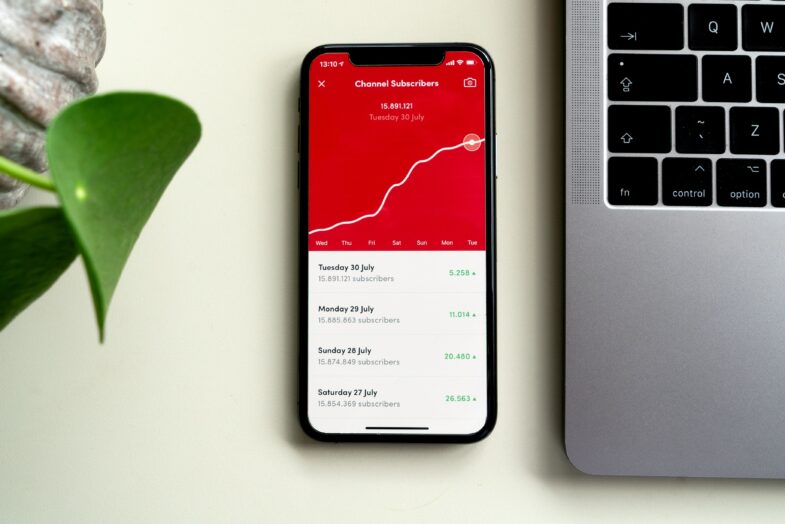 Photo by CardMapr on Unsplash

The YouTube Recommendation Algorithm has been a topic of much debate over the past few years. For many creators, it’s very elusive – something out of reach that’s either difficult to understand or explain. But today, we’re going to be debunking every myth about the YouTube algorithm and explaining – in simple terms – how it works.

In previous posts, we spoke about how to get more YouTube views in addition to determining whether you’re creating content that ensures you get more views on YouTube. But we are yet to dive into the YouTube recommendation algorithm in much detail. Because if you understand the YouTube recommendation algorithm, you’ll be able to create your strategy on how to get more views or achieve success similar to other creators like Emma Chamberlain or D’Angelo Wallace.

HOW THE YOUTUBE RECOMMENDATION ALGORITHM WORKS: MYTHS VS FACTS

Some people may think that the higher-ups at YouTube are the ones who determine what videos make it to trending.

Fact #1: You Need To Be Trending To Make It To Trending

Very rarely will new or unestablished creators make it to YouTube’s trending tab because of two reasons:

You need external validation, and

You need high levels of watch-time per hour.

This is where YouTube’s algorithm is opaque. What are the world’s most popular websites?

If you’re constantly seeing larger channels and media outlets make it onto trending, it’s not because YouTube favors them but rather the “world’s most popular websites” favor them. Earlier this year, when Marvel’s Brie Larson made her YouTube debut and got onto trending, other creators were infuriated. According to them, she didn’t even have that many views. However, she did have significant online media attention – from both traditional media houses and social media. So, if YouTube is using this as its primary determiner then it only makes sense that the system could favor specific creators. Creators with enough clout outside the platform to get a mention on sites like Insider and The Verge.

Many creators and viewers think that only larger creators make it into the “up next” section and recommendation tab on YouTube.

YouTube’s recommendations are based solely on YOU. Think of YouTube’s algorithm as an index. YouTube first has to index millions of videos on a subject and then determine which of these videos to recommend to you.

To do this, YouTube relies on your watch history, subscriptions, search history, country, and time of day before determining what to recommend to you. It decides what videos are most relevant to your current watch cycle based on signals it’s received from users just like you. if you tend to consume and subscribe to content from bigger creators you’re more likely going to get more prominent creators in your recommendation.

Additionally, if people like you (people with similar watch history, search history, subscriptions, and location) consume content from more popular creators, they’re also more likely to show up in your recommendations.

Myth #3: You Can Trick The System

If you’re thinking: well I’ll just trick the system by buying views and likes. And get on the radar of the YouTube recommendation algorithm that way, you should probably think again.

Regardless of how cleverly you think you can game the system, the YouTube algorithm is advanced. You may even argue that the YouTube recommendation algorithm is one of the most advanced algorithms around. Although YouTube’s algorithm relies on machine learning, these machines can spot ‘fake’ views and likes. What these machines want to see is how much organic traffic you get to your videos and how long they watch your video.

YouTube also needs a viewer with a consistent history to be able to gain information for their recommendation algorithm.

So, even if you buy views and likes, if the history and data of the user are that of a bot or fake account, YouTube can’t use this data to know who else to recommend the videos to because bot accounts don’t mirror real users.

Myth #4: Your Subscriber Count Determines How Popular Videos Are

This myth is partly a myth, partly fact. YouTube does rely on your subscribers to determine the popularity of a video. However, you already need a large subscriber count or zealous subscribers who’ll share the video.

If, however, you think that having more subscribers automatically means your videos are going to be popular, that is a myth.

Fact #4: YouTube Relies on A Plethora of Signals To Determine A Video’s Popularity

However, for the YouTube recommendation algorithm, these signals will always have to do with your watch time, your viewers’ demographics, and your viewers’ watch history.

If people are clicking off your video in a matter of seconds, or a few minutes after clicking onto the video, YouTube recognizes that as a sign that your video isn’t entertaining and shouldn’t be recommended, even to your subscribers.

The takeaway is: when you create a video don’t create it for the algorithm.

Your video should prioritize the entertainment of your demographic first. You can then change certain signals so that the algorithm correctly indexes your videos. Signals like your video length, your title, and even your PR and social media strategy to ensure you’re getting onto more “popular websites.”