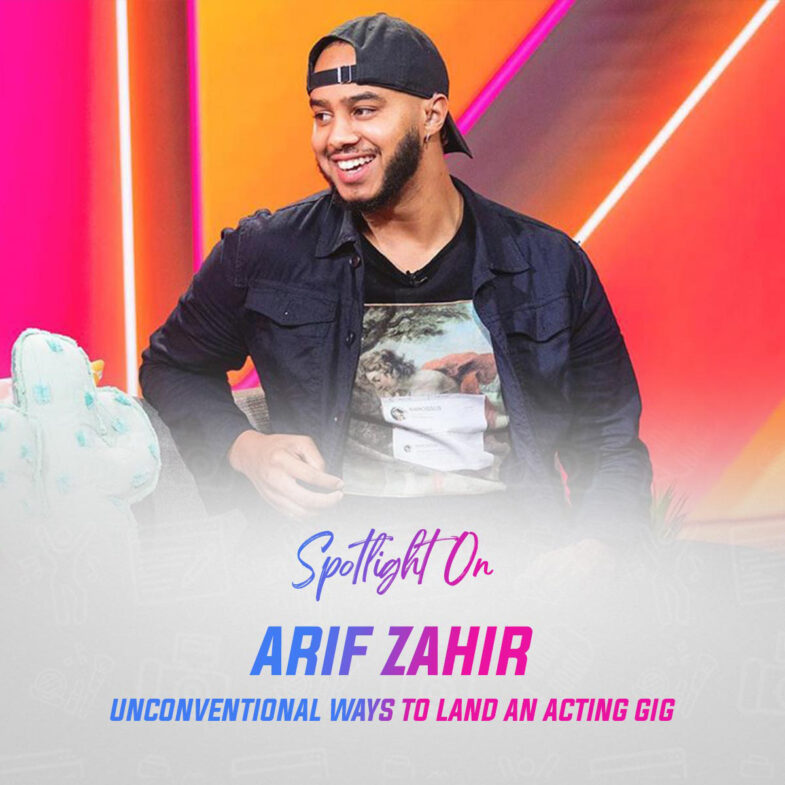 Arif Zahir is a YouTuber, rapper, musician, and actor. He also happens to be the new voice of the character Cleveland from Family Guy, taking over from Seth McFarlane. But, unlike most voice actors who make their big break going to auditions, Arif got his big-break through another avenue – doing impersonations on YouTube.

Although Arif Zahir started his YouTube career impersonating Cleveland, he continued to pursue other ambitions.

We’ve mentioned other content creators using their new media platform to expand their success in other ventures. For Arif, it wasn’t necessarily intentional. But while he is popular on YouTube – with over 6 million subscribers – he continues to pursue acting and music.

Even as recently as 2019, he voiced Edgar, William Huxley, the Librarian, and the Clown in the game No Way Out – A Dead Realm Tale. Ventures like these do not rely on his popularity on YouTube to be successful but rather his talent and ability to develop that talent.

Because acting talent isn’t easy to discover, the process entails attending several auditions, competing with other very talented actors, and being a good fit for the role.

Directors, producers, writers, and other big wigs aren’t going to care about how many views you are getting on YouTube or how they can groom you into being the next star. They’re more concerned about how well you will carry your character, take direction, and if you’re the best actor for the job.

Therefore, a story like Arif Zahir’s one is rare. But, Arif is proof that there’s still a chance for actors – especially voice actors – to not only hone their craft on YouTube but also increase their discoverability.

What Arif Zahir Did To Improve His Chances Of Getting Discovered

But you may be wondering what is Zahir’s secret formula, what is he doing that other actors are yet to crack?

Arif has been impersonating Cleveland for more than seven years. That’s enough time to practice and perfect the voice. Although the directors said in an interview with Variety that “Each scene, it wasn’t always exactly to the note of what Mike would have done with it, but it captured Cleveland.” It was Arif’s ability to capture the essence of Cleveland which was important.

Improving To Display His Acting Abilities

Plenty of Arif’s viral videos show him voice acting in situations that aren’t common for the characters or people he’s impersonating. If a director or casting agent were to stumble on his videos they would see – or should I rather say hear – someone who can improvise. Someone who can think of witty comebacks and say them in the character’s voice. Plenty of impersonators just mimic words they’ve heard the character or person they’re impersonating say. However, to show that you have true voice acting skills and talent it helps to be able to improvise and hold a conversation that isn’t reliant on rote memorization.

Uncovering The Formula For Discoverability

There are thousands of voice actors on YouTube. But most of them aren’t getting gigs because people are reaching out to them after watching a video. That’s because many voice actors are either sharing their knowledge or posting auditions, but very few are doing work.

Let’s say Arif knew that a decision maker would stumble upon his work, and so discover him. You’ll notice that his entire channel is promo for his skill and his work. His work meets four elements synonymous with an audition: originality, plot, talent, and character development.

All of Arif’s videos are an original approach to voice acting. Of course, this is attributed to keeping his content fresh and relevant but it also shows his creativity and ingenuity.

Because he doesn’t only stick to a script and copy word for word what the character has said in the past, you can hear his natural talent. Also because he puts himself in a variety of situations, you can hear that he also has excellent comedic timing.

As his level of skill has progressed so have his characters. His added voices and removed irrelevant or unpopular voices.