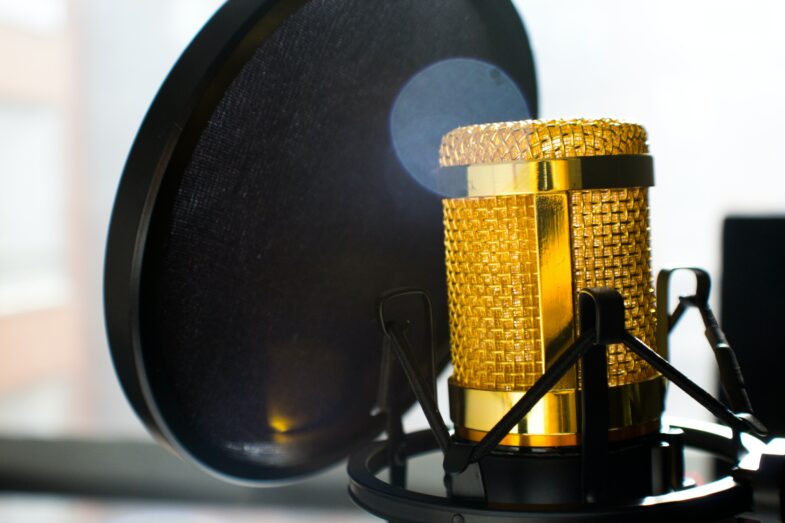 Photo by Jean Balzan from Pexels

As a musician or aspiring musician, you know that your songs will only sound as good as the recording equipment you use to record. For that reason, you want a mic that will accurately record audio signals. You want a mic that’s crisp and doesn’t require too much from you to achieve a premium recording. Therefore, this list of the best microphone for recording music should help you find your ideal microphone.

How Much of Your Music Relies on Your Microphone?

The sound quality of your music will rely heavily on the microphone used to record it. All the most classical microphones are responsible for capturing the vocals of the world’s most popular songs.

Adele recorded Rolling in the Deep on a Rode Classic (not to be mistaken for the Rode Classic II), a microphone that will set you back $1,600 second-hand.

Of course, these are pros who are recording their vocals in a recording studio, but the point is that your vocals are equal parts talent, equal parts recording microphone. If you want to create something people want to listen to, you should be willing to invest in a microphone that perfectly captures your vocals.

Different Types of Microphones and Their Purposes

The most common microphones fall into two categories:

You use dynamic microphones to record or capture live vocals. They are cardioid, which means they record sound from one axis at the front of the mic. This enables them to focus on the singer’s vocals while not picking up sound from other sources.

In our previous example, both Adele and John Lennon used large-diaphragm condenser microphones for recording their vocals, so there’s a pattern for top vocalists, which you can mimic when searching for a microphone.

But our list of the best microphone for recording music should still help you get started.

6 of The  Best Microphones for Recording Music

The Audix i5 is the answer to recording instruments. The Audix i5 is ideal for beginners and musicians who want to produce an effortless recording. The frequency range is 50Hz to 14kHz, which isn’t as great as the Shure SM57 (40Hz to 15kHz) that retails for the same price, but the microphone boasts no distortion, in addition to having crisp sound reproduction that doesn’t require EQ.

The new Rode NT1 is Rode’s redesign of the original NT1 that was released some 20 years ago. The NT1 mimics plenty of the original’s features, including an H6 capsule that gives the microphone a vintage sound. In addition to the suspended transducer that lessens external vibrations.

But the key indicator of the microphone’s performance for recording instruments is its exceptionally low self-noise which is only 4.5 dBA and durable design.

The Rode NT1000 is a versatile microphone. Perfect for recording both vocals and instruments with a low self-noise of only 6dBA. Because of this low self-noise, you’re able to record instruments like drums, violins, pianos. But the frequency range and dynamic range means regardless of the type of vocalists you are, there won’t be any distortion when using this microphone.

If you’re looking for a comparison, this microphone is comparable to the Neumann U87 but is only a fraction of the price.

First released 20 years ago, this microphone hasn’t needed any upgrading. As a dynamic cardioid vocal microphone, this is an affordable vocal microphone for what you get. The Sennheiser E835 is excellent for both live performances and recordings. It has an impedance of 350 Ohms and has a frequency response of 40Hz to 16kHz. The metal construction and shock-mount system also reduce handling noise.

Warm Audio brings a modern twist to retro microphones. The WA-47 is modeled after the Neumann U-4 and is an affordable large diaphragm tube microphone with nine polar patterns, meaning it’s cardioid and a variety of other mixed patterns. Its frequency range is 20Hz to 20kHz and has a self-noise of 10 dBA.

The Audio Technica AT2035 is the ideal microphone for recording vocals. It has a self-noise of 12 dBA and a frequency range from 20Hz to 20kHz and provides a smooth, natural sound. But, it’s most impressive feature is the shock mount that comes in the bundle and provides “superior isolation.” Besides, as the cheapest large diaphragm condenser microphones on this list, it is certainly the best microphone for recording vocals.

When you’re purchasing a microphone for your home studio setup, never choose a mic simply on its ability to save you money. Because if you want premium sounding vocals, you’ll require the best microphone for recording music.