Dayglow: The Rise of The DIY Musician 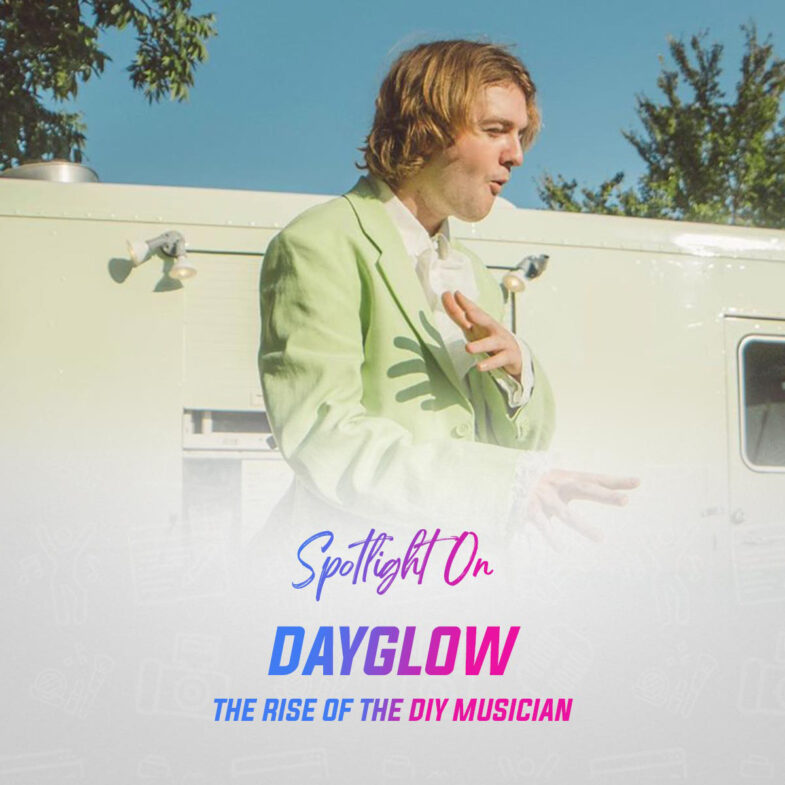 Dayglow is the artist behind hits like Listerine and Hot Rod that appeared on his album Fuzzybrain. His most successful song has over 40 million views on YouTube, and his tour for 2020 sold out before events for the year came to a grinding halt.

What Dayglow’s glow up – who’s real name is Sloan Struble – teaches us about the consumption of music is that the use of new media is democratizing fame and success. Anyone can become famous or successful from an independent album with the right ingredients.

Dayglow is proof that this is possible. When you listen to his music, it’s hard to imagine that he creates the album in his room. That he manages the entire creative process from writing his lyrics to developing the backing track – singing, mixing, mastering, and publishing – without much experience or cutting edge equipment.

Dayglow’s first hit – and his most successful song – is one of his simplest.

For independent or self-releasing artists, what this reveals about making music is that you don’t need a complex song or tons of expertise to produce a “classic.”

He even concedes in his video on how he made Can I Call You Tonight, that he uses free presets for some of the sounds on the track, and as he says, plenty of tape delay.

This simplicity continues throughout his music videos, album, and lyrics. But, it’s because of this simplicity that his music is palatable. Even those that may not enjoy the genre, can appreciate his straightforward approach.

Besides being simple, Dayglow’s music is really easy to digest. You’re not listening to emotionally wrenching lyrics or complex vocals.

Another aspect of Dayglow’s music is that it’s very consistent. Like many well known artists, the theme of his music persists throughout the album.

His song titles and lyrics explore similar messages. Even specific beats are present throughout the songs on Fuzzybrain. Dayglow’s consistency is undeniable and he succeeds in providing his audience with an escape. As he puts it, he wants his songs to sound “trippy.” This is his common thread, which means that success on one song translates throughout the album, because if you can listen to one of the songs on Fuzzybrain, chances are you’ll enjoy the rest.

We discuss branding quite frequently. But, having a personal brand is one of the only ways to resonate with your audience. A personal brand conveys the message of who you are to your audience since explaining that from person-to-person would be impossible.

Whether Dayglow is purposefully creating a brand or if it is a by-product of his online persona, is unclear. However, his branding is what makes him relatable to his audience.

Similar to how Taylor Swift conquered the teen crowd of the 2010s, with her relatable take on love, relationships, and heartbreak, Dayglow finds common ground with his listeners with his desire to offer a musical get away from life’s daily struggles.

This common thread, which forms a core part of his brand, is evident in his use of color in music videos, his galaxy-inspired attire, and his sense of humor.

Although Dayglow has at least three hits under his belt, the Texas-native wasn’t always a successful artist.

He first released music under his first and last name and achieved a decent level of success with songs like When it All Started and Spent my Life.

Releasing his first album, Kindred, on SoundCloud he received a decent amount of plays. This is par for the course to success as an independent musician. What any aspiring musicians can learn from Dayglow is that he continued to perfect and hone his skills. Even he didn’t expect the success of his current album. However, releasing Kindred through SoundCloud, enabled him to gain an understanding of his audience and his abilities.

Tapping Into An Existing (Yet Overlooked) Market

Finally, Dayglow’s music has been referred to as “the antidote for dark pop,” by Ones To Watch. His music is feel-good, which lends itself to feelings of nostalgia as if you could travel back in time.

When many pop artists are trying to make statements through their music or using it as an outlet for personal hardships, being able to listen to simple words like “Can I call you tonight?” can be powerful.

But what is most evident from Dayglow’s success as an artist who has self-released, mixed, and mastered many of his songs is that going against the grain is possible.

It may be easy to repeat a popular sound because you know listeners are likely to gravitate to that sort of music, but in the process, you could be stunting your success.

Fuzzybrain is the album that tapped into the existing audience of feel-good pop lovers and is part of a new generation’s need to have those carefree bops that sum up their teen years.

Perhaps going against the grain is the answer to a glow-up? Or should I rather say a dayglow up?