How To Build A Team Without Money 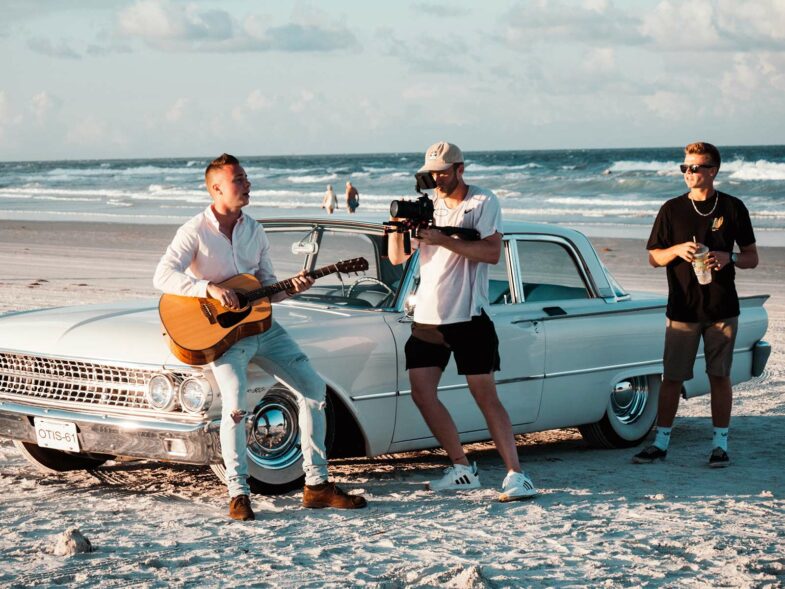 Photo by KAL VISUALS on Unsplash

One of the biggest conundrums creators face is reaching a point where you need teammates or employees, but you don’t have the capital to invest in full-time work. If you’ve reached or are about to reach this point, know this, you can build a team without money or with very little money, but you’ll still need to develop an exchange rate.

What is An Exchange Rate?

People exchange their time and skills for money. It’s an accepted part of modern society because people need money to survive. However, when you don’t have the money, you need to create another exchange rate. Your exchange rate should be something that is as valuable as money but isn’t cash. By creating a new exchange rate you’ll be able to build a team without money.

There are times when all you need is a superior idea that will excite people. Many promising startups begin as spectacular ideas that people are eager to be a part of. If your idea is so exceptional that people are inspired by it, approach people to join your project in community forums where others will welcome your idea.

Sometimes the satisfaction of knowing that you helped create – or were an early adopter of – something amazing is a reasonable value exchange.

Rely on Your Support System

Sometimes you don’t need to create an exchange rate because you’re relying on existing value exchange. The relationships you’ve created can become helpful to your project, because the people most likely to work with you on a project for free, are people you already know: Your spouse, your friends, your parents, your siblings. These are the people who’ll see the potential in what you’re doing and will be willing to assist with no monetary compensation. They may ask you to take them out to lunch or ask you to return the favor, but you don’t need money to get them to work for you.

It may not be possible to create a value exchange that isn’t dependent on cash, but you can reduce the amount of cash you need if you work with freelancers. Upwork and Freelancer have an outstanding selection of vetted freelancers, while Fiverr allows you to hire freelancers for as little as $5. You can outsource some of your work as you need to without going over budget.

This is a spin on the classic value exchange. Instead of hiring people with the idea of paying X amount upfront, hire them on a commission structure.

Compensation based on a percentage of successful work or proceeds rather than a specific amount is more flexible and will make your teammates more invested in the success of the project. Don’t stinge on their percentage either. If someone is working months on end for free and they’re only making 5% of a sale or collaboration, that’s hardly any compensation and will discourage them from working with you in the future.

Sometimes a good reference or access to elite or niche skills will be enough to build a team without money. For instance, if you get a few interns you can exchange skills, expertise, and work experience for their time, and send them on their way when they’ve completed the work.

MORE TIPS ON HOW TO BUILD A TEAM WITHOUT MONEY

Once you’ve succeeded at building a team without money, you need to foster an ideal environment so you don’t lose them.

If you’re not paying someone to do work, or paying them very little, don’t have a power-trip. People hate their salaried jobs because their bosses are arrogant and controlling, how much more are they going to hate someone who isn’t even paying them. Create an environment where people feel comfortable approaching you with their grievances or concerns and have decision making powers within their respective roles.

Give Them Creative Freedom And Personal Liberties

The best way to build a team without money is to make them feel appreciated. To ensure they feel appreciated, give them creative freedom and personal liberties. This is something people often lack in traditional jobs, so if you’re allowing them to be flexible with their schedule and the only stipulation is that they should accomplish X by a specific date, they’re more likely to enjoy working for you even though there’s little or no compensation. Something else you can do is work on creating a “company culture” that prioritizes personal well-being above anything else.

Offers Shares in Your Company

“Volunteer” teammates are savvy because they’ve often been exploited. Most people aren’t going to be satisfied with a handshake deal that promises that when you make money you’ll compensate them for their time. And why should they be satisfied with that? Instead, offer your team something concrete.

There’s nothing more concrete than shares in the company or an iron-clad contract created in their favor. This will make them more likely to trust you and even more likely to feel invested in the project.

You don’t need a venture capitalist budget to execute your idea. Oftentimes the simplest solutions and plans are the most effective.