Review on Around App – Zoom and Google Meet’s Newest Rival

Around App is still in its beta phase, and ForCreators had the opportunity to get a quick hands-on experience of the platform. Here’s how it went.

Around is a brand new video video conferencing tool that’s similar to Google Meet and Zoom in some ways. But despite the similarities, Around offers features that sets it apart from its competitors.

This review will dive into the platform’s features, why you might prefer it over Zoom and Google Meet, and how you can get the best out of it. 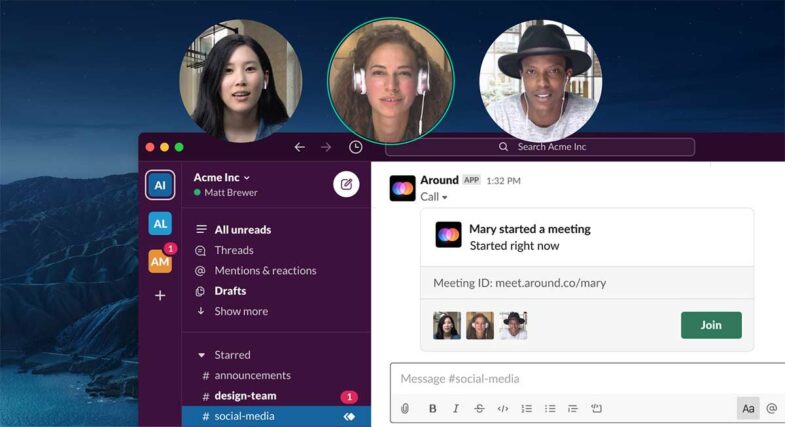 Why use Around when we have Zoom, Google Meet, MS Teams etc.?

Zoom, Google Meet and MS Teams are very popular – at the moment. And a lot of that has to do with the on-going pandemic. But they were never made for the pandemic specifically, i.e. they were not built to create a completely virtual environment. They are simple video conferencing apps that we are having to use simply because of the situation.

Zoom and Google Meet can never be a substitute for actual real-life meetings, simply because they cannot create that environment. However, with Around, the idea of a total virtual environment, where you’ll feel as if you were actually in the room with all the other participants, is very much possible. This is all thanks to the platform’s amazing features which we’ll discuss here.

Around Feature – Modern and sleek UI

While other video calling tools opt for a simple user-interface, Around incorporates a modern design alongside the simplicity. Its sleek UI is really comforting. It felt really fun to navigate through it and was quite easy to do so as well.

Don’t think that a modern UI will make things more complicated for users who’re not used to minimalist designs. Around is a tool for all generations. The UI won’t feel bothersome at all. If anything, it’s much easier to find your way around the app in comparison to other similar tools. 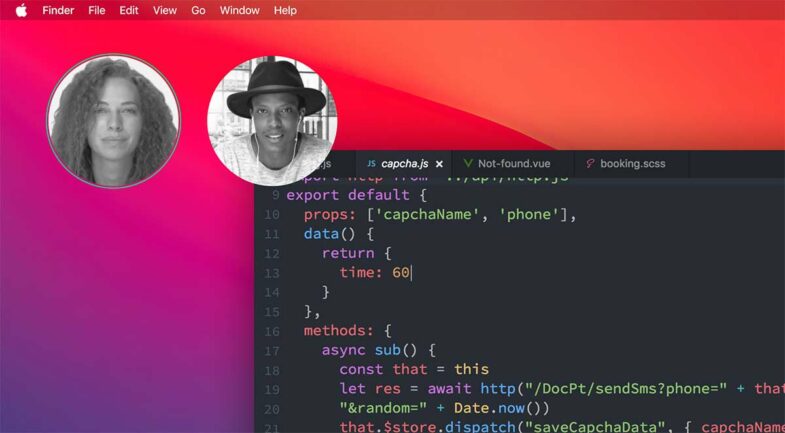 The ‘floating heads’ is a feature that’s sort of like an extension to Around’s sleek UI.

It’s somewhat like Messenger’s floating chat head feature, except instead of the still profile picture, the floating heads in Around shows the live video feed of all the other participants in the conversation. That way, you don’t have to keep the app open if you want to see the other participants. You can keep working on in the background and still everyone in the conference through the floating heads.

This feature came real handy when I tried sharing my screen. I can now show my colleagues how to get a particular task done, and see the expressions on their faces. That way, I can understand whether they’re able to follow me or not. It’s basically like a real-life face-to-face conversation.

The best part is, when I am sharing my screen, the floating heads are automatically hidden on the receiver’s end, meaning they can’t see the heads on my screen even when I’m sharing it.

The floating heads don’t necessarily capture your whole feed. Instead, Around uses an amazing AI-based camera framing technique that crops and tags your face, and only keeps the cropped portion on display. The frame latches onto you, meaning that even if you move your head, it will follow you, and your background will not be visible. So I guess we no longer have to worry about our messy backgrounds, which is indeed quite a relief (for me at least!).

This smart way of framing the faces of each participant means that everyone will be in view, and everyone’s faces will be clearly visible to the others.

I really loved this particular feature. It’s something I always wanted. Till now, I either had to get rid of all the junk in my background or adjust my camera to an awkward angle so that the other participants in the call couldn’t see the mess behind me. 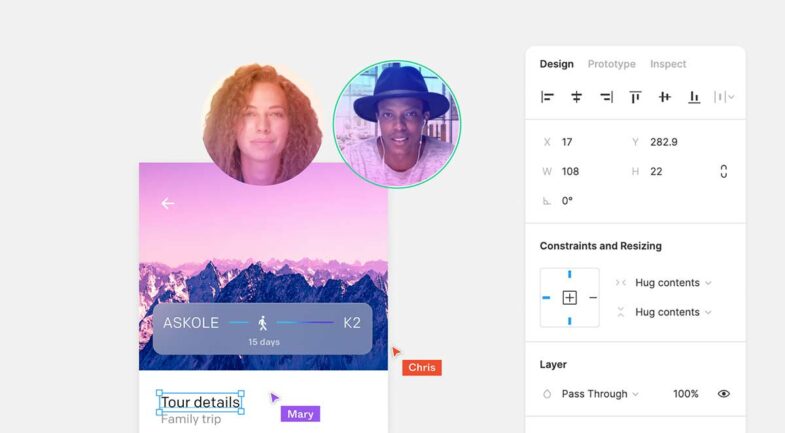 Apparently, Around has been programmed to identify and filter noises such as barking dogs, car horns, and other unnecessary sounds, making it more convenient for a quiet conversation. You can even test it out as I did. Just play a random noise (like the sound of a dog barking) on your phone while you’re talking to a friend, and ask them if they can hear the noise in the background.

I personally tested it, and it was as if the noise wasn’t even there. I’m guessing the performance of this feature will vary depending on your computer’s hardware. But from what I’ve seen, I’m totally convinced of its capabilities.

While Zoom and Meet have similar technology in their apps, I think the one provided by Around is much more convincing. The other two apps excel in sound enhancement, but Around covers that as well as the filtering part quite well.

In case you’re not up for a video call, you can always switch to an audio room in Around. It’s an audio-only call where you and your friends or colleagues can simply talk and relax. 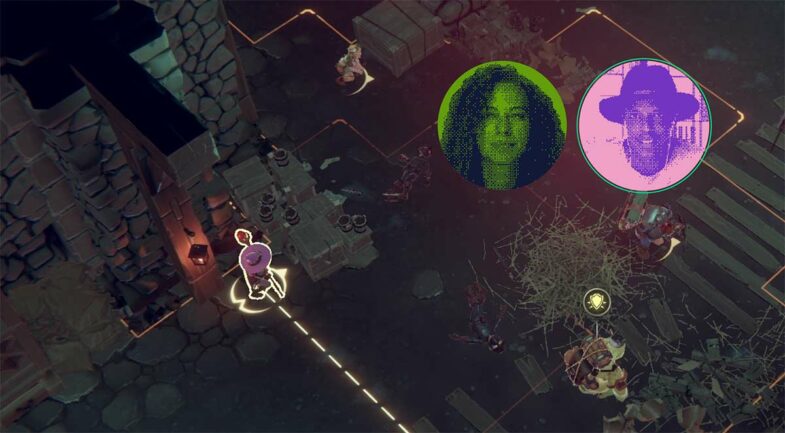 Although pricing plans are yet to be finalized, I’ve heard that there will be a free version available for us with a lot of the features we’ve discussed.

The only thing that’s missing right now is a smartphone app. At the moment, you can only use Around on your desktop by download the app, or using it on Chrome or Microsoft Edge.

Fortunately, the brains behind Around have since been in contact with ForCreators, and I have been told that a mobile version for the app is on its way, and will be available in the market starting April this year.

In my opinion, the moment they enter the smartphone market, Google Meet and Zoom will definitely get a run for their money.

If you ask me, Around is a fantastic platform. As a video conferencing app, it exceeded my expectations. I was introduced to so many features that I never thought would be possible. The app made virtual conferencing feel like a real-life experience.

Whether you’re a developer, an artist, or a content creator, Around has been tailor made to suit all your needs.

After my hands-on experience with the platform, I believe that Around is a video conferencing app for doers. Whether you’re a developer, an artist, or a content creator, Around has been tailor made to suit all your needs.

Zoom and Google Meet is the usual choice for regular meetings or for online classrooms. But Around has been developed to incorporate a variety of users and their specific needs. It’s a tool which can not only hold your formal meetings and discussions, but can also help you while you guide others on a project or seek guidance for your own work. 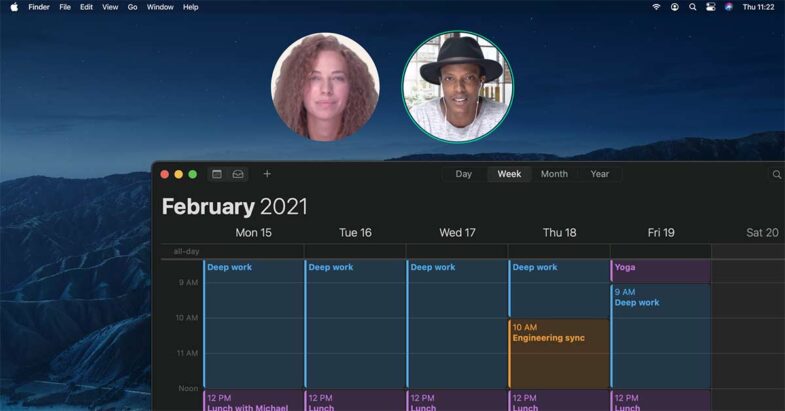 Microsoft Teams is perhaps the only tool that can outmatch Around, as well as the other conferencing apps on the market. That, however, is mostly because of its ability to integrate the tool to Microsoft’s other products like Office 365, Skype, SharePoint, OneDrive, etc.

I don’t know whether people will accept it right away though, because Google Meet, Zoom and MS Team are already dominating this market. But in the near future, when we finally see the end of this pandemic and things start going back to normal, we’ll still look at opportunities where we can engage with our friends and colleagues virtually. And then, we’ll all be turning to Around, because by then, we’d all be bored with those 2 tools and look for a more refreshing experience – something I believe Around can provide.