Where To Find Online Casting Calls 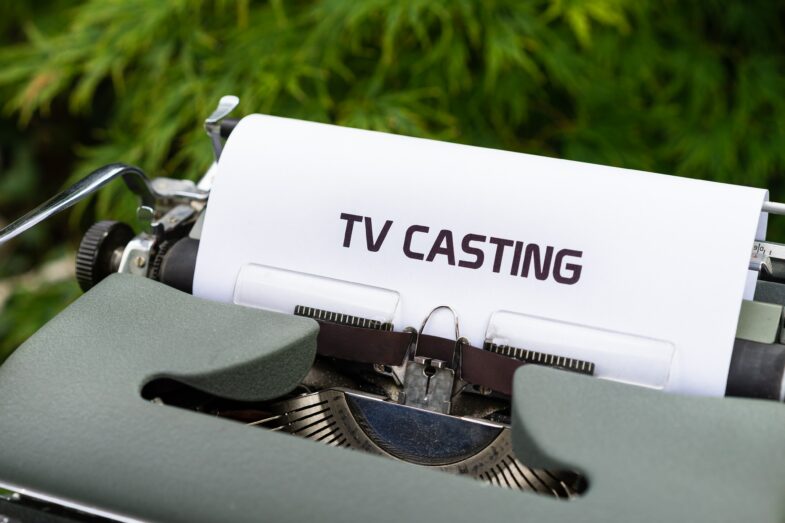 Photo by Markus Winkler from Pexels

More casting agents, directors, and producers are turning to online directories and platforms to fill roles for their projects. However, there are also more acting jobs for solely online work through video interviews or voice acting work. Therefore, if you want to continue pursuing your acting career full time it’s time, even during these uncertain times, it’s best to know where to find online casting calls.

This starts at $14.99 per month and continues to $168 per year, for additional headshots, unlimited submissions, and action clips.

Backstage also allows you to filter roles based on your profile and location. The casting calls are updated frequently, and they boast working with some of the biggest names in the industry, including Netflix, HBO, and Amazon Studios. However, to be able to apply for roles, you need to pay a monthly fee of $12.50.

Playbill is a creative’s dream. They’re a magazine dedicated to the theater niche. However, you can also find an array of projects – some free and some paid – on their digital magazine. You don’t need to sign up to Playbill or pay any subscription fees to gain access to their casting calls, however, many of these casting calls aren’t for roles in traditional theater, television, or film production. Many of these are for local or online roles in seasonal productions or contests.

Mandy happens to be one of the largest online casting calls websites. Unlike the previous examples, you also don’t need to be in the US to use Mandy.com as they list casting calls from around the world, including India, Canada, UK, and Australia. They also have an international website for actors and agents that aren’t in these countries.

To find jobs on Mandy, you don’t need to be an actor. You can be a dancer, entertainer, singer, or voice over. They also have job listings for production and crew members.

But, there’s a catch to using Mandy. Although they don’t display any pricing on their homepage and advertise as being free, you only have five free submissions per month. To gain more submissions, you’d need to sign up for their premium subscription.

iActor is available to only members of SAG-AFTRA.

To gain access to casting calls, you need to have your membership details, but other than that, the process is relatively simple. The greatest benefit is that you’re more likely to get callbacks and auditions because the site is more exclusive than any other premium membership casting platform.

Castcaller bills themselves as a “social networking site for the entertainment industry.” It’s free to join and use, and you can filter your search based on the role, gender, and age, as well as the location of the shoot. Castcaller is only available in the US and Canada.

Staying Safe As An Actor

When you’re desperate to pay your bills, you may start taking any money that comes your way, and a variety of acting jobs start to look appealing. Unfortunately, if you find yourself in this situation, you may be more vulnerable to scams that either want to use your work without paying the compensation they promised you or because they have other unscrupulous intentions. Either way, it pays to be safe when you’re searching for online casting calls.

Scammers are savvy. They know that if they ask you to email a Gmail address or have a website hosted at .blogspot or .wordpress, you’ll become suspicious. So, to better disguise their scams, they use legitimate websites and emails. The only way to determine if the website is legitimate is to go to whoishostingthis.com or check the Whois records of the website to determine when the domain was registered. Having a timeline will give you an idea of whether the production company is legitimate or recently registered.

Carefully examine the role and the compensation, even if you’re applying for a role through a legitimate site.

If they don’t care what age, ethnicity, or gender you are, then what type of role is this? If they’re also paying above industry rates for an otherwise obscure role, don’t be too hasty to send through your portfolio.

NEVER. USE. CRAIGSLIST. Craigslist is the home of scammy, dubious production companies and agents that could be potentially harmful.

If you’ve been in the industry long enough, you know the characteristics of a scam. But, if you’re new or aren’t well-versed, there are some obvious red flags you should be aware of.

Most dubious directors and producers lure candidates with their high paying roles. This also makes applicants less likely to see other warning signs. Also, they’re more likely to do what the agent or director requests of them, even if it’s out of their comfort zone.

Always read and then reread casting calls before you apply. Professionals may have one or two typos, but a casting call riddled with typos and spelling errors screams sloppy. If the director or casting agent isn’t willing to pay attention to write an insightful and informative casting call, then how can they create a script, manage a project, or pay your salary?

If those working on the project don’t have a history in the industry then you should possibly pass. Usually, if they don’t have any work experience they’re probably a fly-by-night project.

Scammers want to work on your weaknesses and erode at your cognitive ability. The most reliable way to accomplish this is to give in to your desire to be famous. Any casting agent or director that’s promising fame, isn’t someone you should trust. Several TV shows and films with large budgets are unsuccessful. Therefore, if someone is promising that this will be your big break, first do your research before accepting the role.

This is a common trick to scam the unsuspecting into thinking this could be their big break. Most roles will require some experience because trying to direct a complete newb is going to be a pain and delay the production.

Limited Information on the Role

If directors and so-called casting agents can reveal information about what you should be willing to do in the role but not give even a short synopsis of the project, raise your eyebrows.

Finding online casting calls isn’t necessarily going to lead to your big break, but it is going to give you invaluable experience, working on different projects. You should also consider signing with a manager if you want better roles and more frequent auditions. But, you can also adapt your skills, so you’re able to work as a freelancer on Fiverr or Upwork.