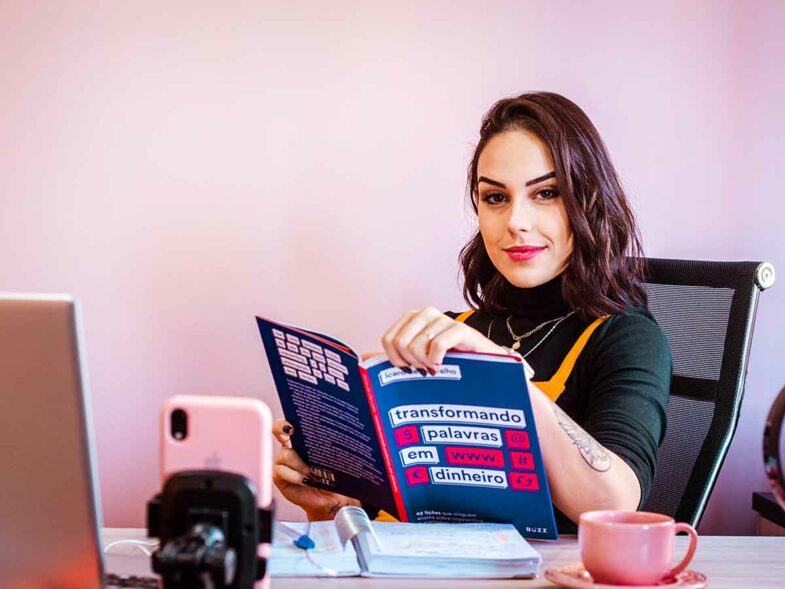 Influencers are exceptionally secretive about how they earn their money, how much they get paid, and why they’re able to grow at such extraordinary rates.

Just like models, actors, and other entertainers need an agent or manager, influencers and content creators need this type of support to ensure they’re getting the right kind of compensation. An influencer talent agency will also help you get more deals, whether that be brand deals, speaking gigs, etc.

You may be wondering what the catch is because most companies don’t willingly help others. Influencer talent agencies usually make their money from

When you sign up with one of the several influencer agencies on this list it’s important to understand how they make their money. If they prefer to revenue share with creators, you need to find out what revenue share they’ll take from brand deals and determine whether or not that’s a reasonable figure.

The reason our list is so extensive is that we don’t want you to have only one option or one choice, you can use this list to do research and choose an influencer agency that most suits your needs and ambitions.

Viral Nation is a popular international influencer talent agency. They’ve worked on projects for Lowes, Twitch, and Scotia bank, among many others. They also collaborate with micro and macro influencers, depending on the marketing needs of the clients they’ve signed.

If you’re wondering who the King of YouTube Pewdiepie is signed to, it’s no other than Re6l (Reel Six). Re6l has 10 clients signed to them, including YouTubers Moriah Elizabeth and Jobless Garrett, and Twitch streamers St. Peach and Legendary Leah.

Headquartered in Amsterdam, IMA is a global influencer agency of note. They have offices in LA, New York, London, Shanghai, Singapore, and Sao Paulo. IMA is known to work with influencers of all sizes in every corner of the globe, allowing them to collaborate with some of the biggest names in tech, fashion, beauty, and health. Including companies like HelloFresh and Samsung.

IZEA Creators works with many macro and micro-influencers. They’re a full-service digital and influencer agency. This means they have a direct relationship with many businesses, which makes finding brand partnerships easier for both influencers and brands.

Famebit is now launching a full-service only platform that’ll be known as YouTube brand connect. This means instead of having brands and influencers reach out directly to each other, they’ll use YouTube brand Connect to scout for talent. If you’re US-based, over 18, and have a channel with 25,000 subscribers you can sign up for YouTube brand connect here.

Working with hundreds of micro-influencers on Instagram, Studio Obvious.ly understands the needs of influencers with a smaller audience. However, even as a smaller creator, you can get access to big brands like Pantene, Korres, and Saks off 5th.

Socialyte connects influencers with some of the most bespoke brands around, brands like Giorgio Armani, Perry Ellis, and Prada. Although they work with newer and up-and-coming influencers, Socialyte specializes in brand activations with more established influencers. If you’re looking to work with luxury brands then Socialyte could be an ideal option for you.

Working with talent like Jojo Fletcher and Peyton Thomas Ganus, CEG is known as a reality TV star and influencer talent agency. Their services include social media to help you maximize your influence so you’re able to grow, Live Event booking which enables you to make guest appearances at some of the most exclusive events, and even include signing book deals and getting TV contracts.

INF Agency works with a handful of influencers including Samantha Ravndahl and RawBeautyKristi, who are both popular beauty YouTubers.

Shine Talent has offices in Toronto, Montreal, and LA. They work with podcasters, YouTubers, Instagrammers, and athletes in Canada and the US. By vetting talent, they’re able to ensure the right influencer is linked to the right campaign, in so doing ensure their clients get paid top dollar.

Shade is an influencer agency that specializes in helping African American content creators “get paid for their dopeness.” In light of recent events, this concept is necessary to ensure black and brown content creators get the compensation they deserve.

CT Agency works with micro and power-middle Instagram influencers. Their roster of talent includes up-and-coming influencers like Chey Gordon and Anastasia Shanti. If you’ve got fewer than 50,000 followers on Instagram but an amazing feed, CT agency could be for you.